Andrey & Julia Dashin’s Foundation is proud to announce its sponsorship of world-renowned West End musical “The Sound of Music”, for the first time in Cyprus during the Christmas holidays. Featuring a creative team of 50 actors and crew members from London’s West End theatre, the classic and multi-award winning musical will be performed seven times in Limassol and Nicosia.

The production is directed by award winner Grant Murphy, with choreography by Stuart Winter and production design by Ben M Rogers. Brady Mould will be conducting the West End Theatre Orchestra featuring beloved classic songs like ‘My Favorite Things’, ‘Edelweiss’, ‘Do-Re-Mi’ and ‘Climb Every Mountain’.

“The Sound of Music” has enjoyed many productions in London, on Broadway and around the world, and the 1965 musical starring Julie Andrews and Christopher Plummer won five Oscars, including Best Picture. Set on the eve of the Second World War, The Sound of Music tells the story of Maria, who takes a job as governess to a large family while deciding whether to become a nun. She falls in love with the children, and eventually their widowed father, Captain von Trapp. When he is ordered to accept a commission in the German navy, he and Maria decide to flee to Austria with the children because of their opposition to the Nazis.

“Generations of families have grown up with this inspiring musical, so it is with great joy and privilege that we announce our sponsorship. Being able to sponsor this high-end stage production in Cyprus shows our continuing commitment to keep bringing high class events to the island and enhance the local art and culture scene.”

The West End musical is being brought to Cyprus by the newly founded Trakart Culture Development Foundation, with parts of the proceeds going towards the “Fundraising Blue” campaign, which supports children with autism.

Tickets available online at www.tickethour.com.cy and at all ACS Couriers. 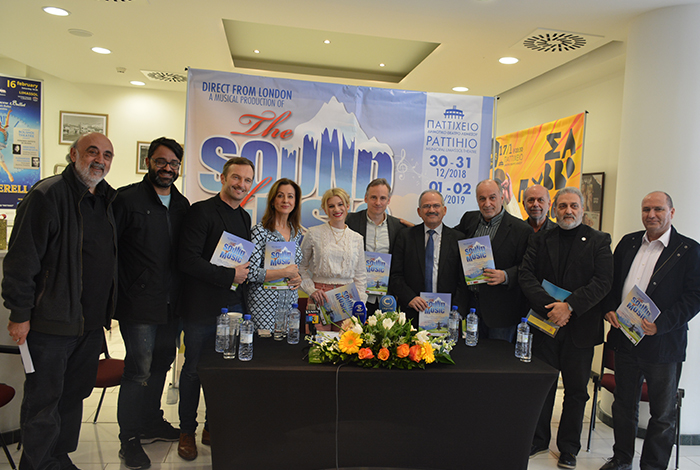